Darling it’s better
Down where it’s wetter;
Take it from me…*

Guys! Not having much luck attracting the ladies? Try cross-dressing, and see what it can do for you! Scientifically proven to work!

I have to admit, I’ve got a bit of a soft spot for Australian ‘mourning cuttlefish’. If any animal dispels the myths that cross-dressing is unnatural, or that cross-dressers must be homosexual, it is the cute little cuttlefish.

Males of the species outnumber females 4 to 1 (sometimes, the competition is even more intense). The trouble for most of the guys is that the ladies are incredibly choosy. Usually, a whole bunch of them will hang around a large, aggressive ‘consort’ male. But that doesn’t necessarily mean they’re into the big, bad boys.

Some males (poor, deluded fools) try to fight the consorts. Maybe they’ll win, but don’t bank on it. Instead, other males go for a more intelligent, sneaky strategy.

Male cuttlefish have four pairs of tentacles. Females have three. The smarter males will therefore tuck their front tentacles up, change colour and effectively cross-dress in order to sneak past the consort for a long and enjoyable session of urgent bump’n’grind with the laydeez. (You can see them in action here, narrated by David Attenborough; the link might be blocked outside the UK, though.)

Sometimes, the burly consorts will attempt to mate with the cross-dressers (in between drinking beer, watching sports and farting the national anthem and other masculine pursuits), but otherwise they’ll just float back and get a load of what they think is some hot girl-on-girl action. Sometimes, they cotton on, belatedly, and intervene.

The risks are totally worth it, though. In one study, the cross-dressers were successful about half the time (not bad, given that the females reject 70% of mating attempts). Other cuttlefish, when confronted with a single male and a single female, will pretend to look feminine to the male, and masculine to the female, using this sophisticated tactic 39% of the time (when they think it’s more likely to work; cross-dressers aren’t stupid).

Can this have any bearing on human behaviour? Um… take your pick:

1) don’t knock it ’til you’ve tried it?
2) you might think that, I couldn’t possibly comment…
3) it could be crazy enough to work…
4) sexiness is in the eye of the beholder…

Good luck and have fun! 🙂 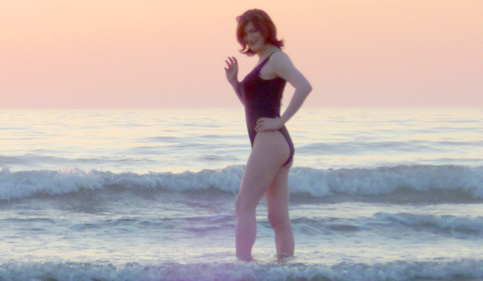 *’Under The Sea’, from Disney’s The Little Mermaid; lyrics by Howard Ashman